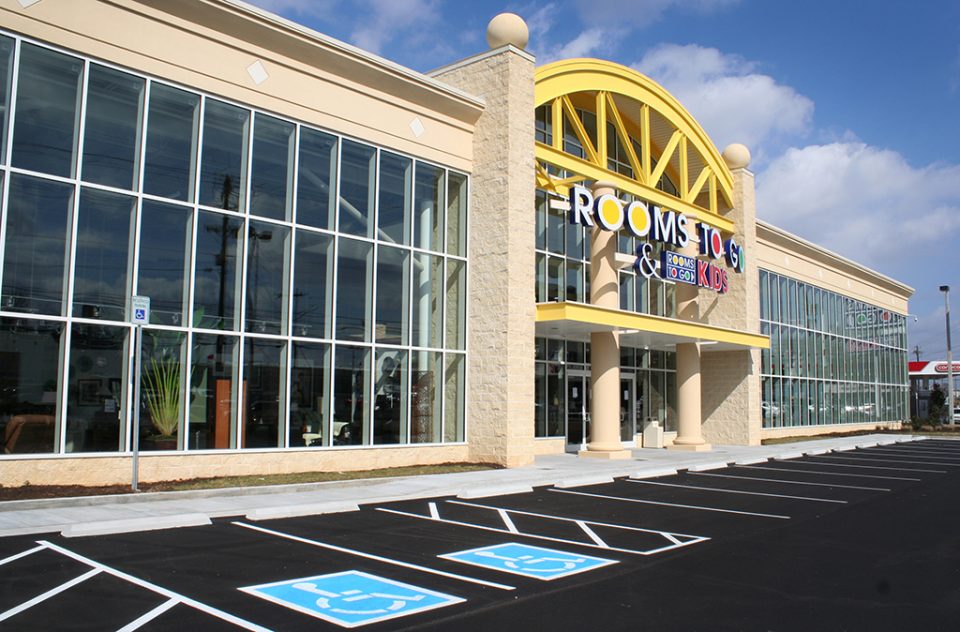 Based on competitive pricing and company reputation, Merit Construction, Inc. was chosen to construct the Rooms To Go showroom in West Knoxville. Rooms to Go was designed with one side of the building facing the Interstate 40/Interstate 75 intersection and the other side facing Kingston Pike. Given the showroom’s location between multiple major roads, visibility was achieved through the construction of taller parapets and signage.

At approximately 41,211 square feet, the Knoxville store offers both Rooms to Go and Rooms to Go Kids products. One major element is the store’s two large curtain walls, allowing Rooms To Go to display their furniture in the best light possible. Merit also incorporated skylights into the center of the building to allow even more light to shine through.

“Merit’s accuracy with their work and their reliability has been outstanding. Bruce and Merit Construction have raised the bar on what we expect from our contractors and we are pleased to recommend them to you for your project.”