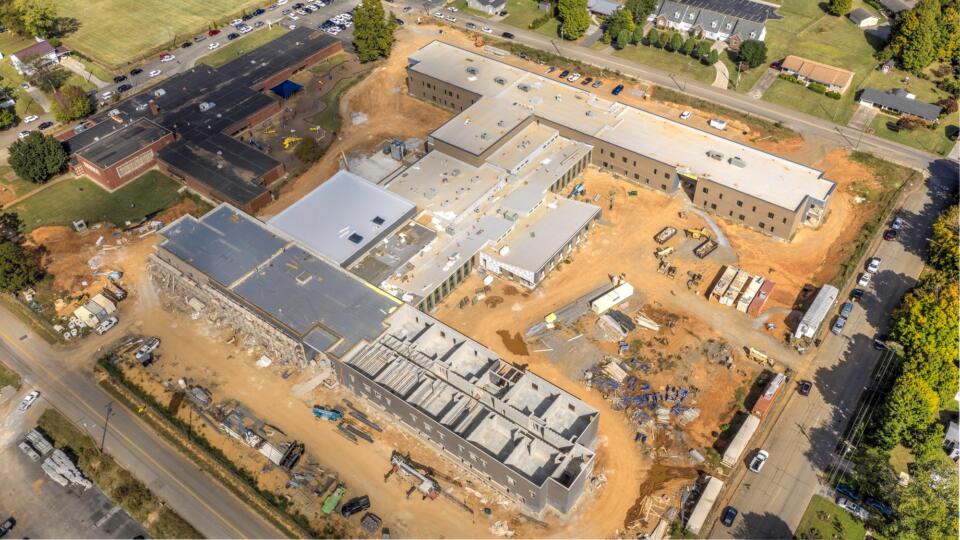 Currently under construction, the new Athens Elementary is a Pre-K through 5th grade school for Athens City Schools. The new school will consolidate 5 primary and intermediate schools under one roof.  The new school is being built immediately adjacent to the Athens City Middle School. The concept of the project is organized along linear core between two wings of classrooms which are both two-story structures. The connecting core between the classroom wings is thought of as an internal street with all the common school functions exist such as dining, media center, gymnasiums, and other shared classrooms. Each wing houses either the primary school or intermediate school and each has a dedicated administration area. Although it is one school structure, the two classroom wings give the feeling that the primary and intermediate grades have their own identity.